Interview with Athanasis of Dead Congregation 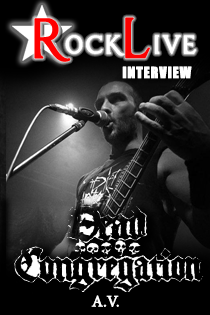 How are you, what are the final touches you guys have to do before heading to a tour?

Hello there. Nothing really, we’ve been playing together for such a long time that we don’t even practice before shows anymore. Not more than our usual weekly rehearsal anyway.

Winter is a hard period to go on tour. But you guys are too busy with the band through out the whole year so may be you only had February 2017 to tour Eastern Europe?

Some of the band members have regular jobs and it’s hard for them to take vacation whenever they want, so we always try to fit tours during their vacation days. For us it is actually better to tour in the winter than the summer. A year ago we did a European tour during the Christmas vacations, we thought it would be a terrible time as people would be spending time with family etc but in the end half of the shows of that tour were sold out. So I have no idea when is the best time to tour anyway, we just love playing shows whenever.

Btw, I have seen the band twice live in France, but not in Greece which is strange as we are neighbors and more over you haven’t played in Bulgaria by far. So we shall finally see DC live in Sofia on 22nd February.

Yes, that’s very exciting for us! We’re always fascinated to play in ‘unusual’ countries as commonly we mostly get to play countries in Central Europe.

What is the set list for the show in Sofia? Anything “extraordinary” planned for the gig here? I guess you’ve heard some words on how are the Bulgarian metal fans.?

We don’t plan setlists really, we usually make them up backstage a few minutes before our shows. Of course there are songs that we always include but then there are some that we switch around, depending on our mood. We’ve heard you guys are maniacs, hopefully you’ll live up to your reputation!

Have you really declined offers from record labels? I guess you may have done this so to be “safe” and be sure you are your own “master”when it comes to the sound of the band’s records.

Except for boosting our ego for being on a big label, there’s not many other benefits for us to sign with them. We’re doing great on our own, why change it? I refuse to offer the rights of our own music to someone else for 100 years. It’s my creation, my talent, my recording.

You are taking care of the production of the records of the band on your own and this should be the way to have each detail the way you like it?

We prefer to use a capable sound engineer to record our albums and guide him on what we want, than go to a specialized ‘Death Metal’ producer and let him make his own version of our music. Producing our albums by ourselves gives them more personality, even if they are definitely not flawless this way.

In fact DC got lots of attention with the first release “Purifying Consecrated Ground” which came out in 2005. Can you tell you were expecting it or was it a sort of a surprise for you?

We got a lot of attention with the debut ‘Purifying...’ but things went to a whole different level with ‘Graves of the Archangels’. We knew the album would be accepted with positive response but we didn’t expect it to become so big and influence so many bands and people. We are really humbled that our music reaches so many people.

You got lots of positive reviews and fans who love your music especially performed live. You kept on doing what you were doing and this is how simple you manage to reach wilder audience the last few years. With self-confidence, fury and passion you start conquering the stages around Europe one by one. So USA is next as DC got confirmed for Maryland Death Fest or was it California Deathfest?

We’ve already played in the USA a bunch of times, 3 tours so far plus a couple of Festivals. This year we’re playing California Deathfest. In 2016 we also did a small tour in Australia, which was amazing. As said before, it’s very exciting to play different countries. We’ve also had offers for a South American tour but we need to find time to fit it in the schedule as it would have to be at least 3 weeks long... 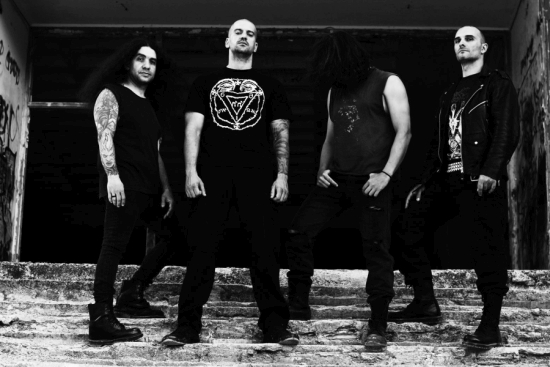 Here is an interesting fact, in very same year DC was part of Wolfthrone fest which is an underground DIY festival in the suburbs of Paris and also took part in Hellfest, which is really commercial big event. Which one you enjoyed more?

Are you ever going to head for the mainstream festivals such as Wacken Open Air or you would refuse being part of it... if you ever get to be asked to join?

If I’m not mistaken, Wacken never gets in touch with a band unless they have a manager and since we don’t like managers, I doubt we’ll ever get an offer to play there. Heh. But we’re always open to new experiences, every festival has something different to offer, it’s boring to play the same kind of festivals all the time.

Death Metal as a style is not an “unexplored field” so to say, but somehow DC just like few other bands manage to add elements in the tracks or just play the songs in such way to make it sound original, identical and interesting. It’s not so easy in a world full of death metal bands. What’s the “secret” to be different and fresh, but still keeping true to the roots?

It’s very hard for me to answer that, we never try to sound like something in specific. We grew up listening to all kinds of Metal and all the albums we worship leave a mark in us. I guess that affects the way we write music but we never try to imitate anyone, we just let the energy flow and compose our material the way it comes from the heart.

Cheers and see you soon!

Thank you, see you in Sofia.